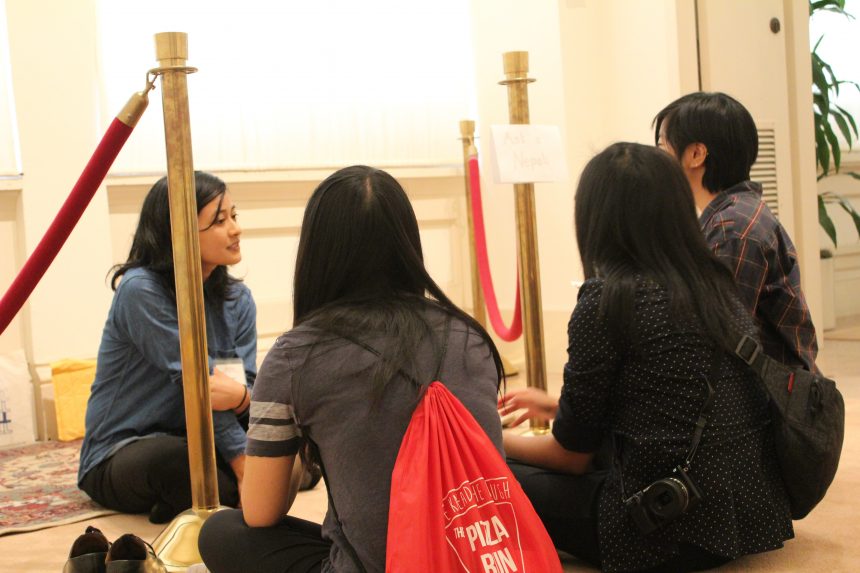 Hyphen-Americans face the experience of becoming ambassadors for the other as soon as they can utter words. With that comes the tremendous power to craft and construct “the other” however they choose fit. This performance piece calls attention to the novelty of the hyphen experience by inviting the audience into an intimate encounter with the performer. As “the Nepali”, the performer invites the guest for biscuits tea and conversation of the audience member’s choice.